Skip to content
First of all, the most important thing you can do is get checked.  Starting at 45 years old and maybe slightly younger if anyone in your family has had it.  Any bleeding, difficulty urinating, and having to get up more than once or twice at night to take a pee are all indications that something isn’t normal up in there.  This doesn’t mean you have cancer, it just means getting checked and not overlooking it could save your life.  Having a finger in your ass for two seconds  is nothing compared to the probing, looking, second opinions, checking and the whole nine yards if you don’t get tested or checked because your nervous and something more serious happens.   Besides it isn’t as near as bad as this….

So don’t be a wimp, face your fears,  and learn the lyrics to “Moonriver.”  Here are  the facts.
A review of diets indicated that the Mediterranean diet may reduce a person’s chances of developing prostate cancer. Another study indicates that soy, selenium and green tea, offer additional possibilities for disease prevention – however, a more recent study indicated that combination therapy of vitamin E, selenium and soy does not prevent the progression from high-grade prostatic intraepithelial neoplasia (HGPIN) to prostate cancer. A diet high in vegetable consumption was found in a study to be beneficial.  A US pilot study on men with low risk prostate cancer found that following an intensive healthy diet and lifestyle regime focusing on low meat and high vegetable and fruit intake, regular exercise, yoga stretching, meditation and support group participation, can alter the way that genes behave and change the progress of cancer, for instance by switching on tumor killers and turning down tumor promoters.   Other studies have indicated that lack of vitamin D, a diet high in red meat may raise a person’s chances of developing prostate cancer.
Medication
Some studies say there might be a link between the daily use of anti-inflammatory medicines and prostate cancer risk. A study found that statins, which are used to lower cholesterol levels, may lower a person’s risk of developing prostate cancer.
Obesity
A study found a clear link between obesity and raised prostate cancer risk, as well as a higher risk of metastasis and death among obese people who develop prostate cancer.
Sexually transmitted diseases (STDs)
Men who have had gonorrhea have a higher chance of developing prostate cancer, according to research from the University of Michigan Health System.
Agent Orange
Veterans exposed to Agent Orange have a 48% higher risk of prostate cancer recurrence following surgery than their unexposed peers, and when the disease comes back, it seems more aggressive, researchers say. Another study found that Vietnam War veterans who had been exposed to Agent Orange have significantly increased risks of prostate cancer and even greater risks of getting the most aggressive form of the disease as compared to those who were not exposed. 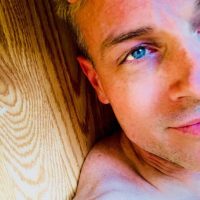