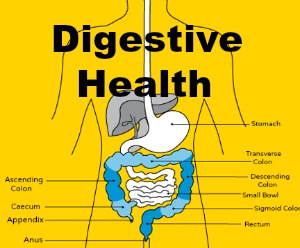 Findings:  Those little bags of popcorn are so convenient to just stick in the microwave, you wouldn’t think for a minute that they could be dangerous to your health, but they are.  First, let’s talk about the bag itself. According to Wikipedia, conventional microwave popcorn bags are lined with a chemical called perfluorooctanoic acid ( PFOA). This is a toxin you can find in Teflon also. According to a recent study at the University of California, PFOA islinked to infertility in women. Numerous studies in lab animals and humans show that exposure to PFOA significantly increases the risk of kidney, bladder, liver, pancreas and testicular cancers. You can read more about this substance and the above mentioned studies at cancer.org.

Now, let’s talk about the contents. Although every manufacturer uses slightly different ingredients, most of them use soybean oil (a GMO product) as well as various preservatives such as propyl gallate, a chemical that is causes stomach problems and skin rashes. Now they don’t actually say they are using GMO corn kernels, but that’s because the government says they don’t have to. Even if they don’t use GMO corn, you can bet they aren’t using organic corn!

Also, applied to the popcorn itself, is a chemical called diacetyl. Use of this chemical caused Conagra Foods to remove it from their brand of popcorn, ACT, because it was causing lung diseases in the workers at their factory.

Findings:  Perhaps you heard about the recent study that was published in May in the American Journal of Nutrition? It found that people who consumed more than one soda per day had a higher risk of stroke than people who did not drink sodas.  Loaded with sugar, sodas are an empty source of calories that cause weight gain and contribute to the nationwide epidemic of obesity. Drinking large amounts of this rapidly digested sugar causes your blood sugar to spike which can lead to both inflammation and insulin resistance. Soda is often the root cause of gastro-esophageal reflux disease, which is when the contents of the stomach leak into the esophagus causing not only pain but an actual burning of the esophagus from stomach acid.

Although sodas are not a direct cause of ulcers, they are known to irritate and make those with ulcers have more pain. Sodas also contain artificial colorings and food chemicals like derivative 4-methylimidazole (4-MI); no wonder soda pop has been shown to cause cancer.

Findings:   Actually, most canned foods are a concern because of what the can is lined with. The lining of almost all canned foods are made with a chemical called bisphenol-A, or BPA.  A study published in May of 2013 by the Proceeding of the National Academy of Sciences showed that BPA actually affects the way genes work inside the brain of rats. Even the FDA agrees that there is a problem with BPA as it is supporting efforts to either replace or at the very least, to minimize the amounts found in canned foods. You know it must be bad when even the very lax FDA is concerned!

Tomatoes are exceptionally dangerous due to their high acidity, which seems to cause BPA to leech from the lining of the can into the tomatoes themselves. The level of BPA can be so high in fact; you should seriously consider not feeding them to children. Due to FDA laws, there are no standards for labeling BPA so simply because a can does not say it has it does not mean that it does not contain BPA. Be safe and avoid cans. Cook fresh or buy glass bottles.

Findings:   Researchers who wrote in the journal of BMC Medicine said that the excessive salts and chemicals that are used when making processed meats are damaging to your health. The study showed that 1 in every 17 people who were involved in the study died and those who ate 160 grams or more of processed meats increased their risk of early death as much as 44 percent within 12 years as opposed to those who ate 20 grams or less. This study involved people from 10 European countries and went on for almost 13 years.

All these processed meats contain numerous chemicals and preservatives, including sodium nitrates, which make them, look appealing and fresh but are well known carcinogens. Smoking meats seem to be particularly bad as the meat picks up tar from the smoking process. Yes, tar, the same deadly ingredient that cigarette smoke contains.

Findings:  Although fish sounds like one of the healthiest foods possible, farmed salmon is one you should avoid. Unfortunately, more than 60 percent of the salmon consumed in the USA is farm raised.  These fish are fed unnatural diets and are contaminated with chemicals, antibiotics, pesticides, and other known carcinogens. They live in very crowded conditions which results in these fish having 30 times the number of sea lice than wild salmon. (Doesn’t that sound appetizing?) Farmed salmon are fed chemicals to make their meat that reddish pink color that should occur naturally but doesn’t because of the diet of chicken litter that they are fed.

Also, due to their diet, they have less of the healthy omega-3 that we think we are getting when we consume fish. Studies have also shown that farmed salmon contain high levels of PCB’s, mercury, and cancer causing dioxins. Avoid farmed salmon and buy it canned or look for labels in your market that state the fish you are buying is wild sockeye salmon.

Findings: Let’s start from the point that all hydrogenated oils are vegetable oils. Vegetable oils cannot be extracted naturally like butter is, vegetable oils must be chemically removed from their source, and then they are changed to be more acceptable to consumers. They are frequentlydeodorized and colored to look appealing.  All vegetable oils contain high levels of Omega–6 fatty acids. An excess of Omega- 6 fatty acids cause health problems, such as heart disease and in increase in various cancers, especially skin cancer. You need a good balance of both Omega 3 and Omega 6. Try to get plenty of Omega 3 every day. You can do this in the form of supplements and grass fed meats, also fatty fish such as salmon and mackerel are a very good source of Omega 3.

Hydrogenated oils are used to preserve processed foods and keep them looking appealing for a long as possible. Hydrogenated oils influence our cell membranes’ structure and flexibility, which is linked to cancer.

Findings:  Most of you have already heard by now that white flour is not a good thing, but you most likely have no idea just how bad it really is for your health. Refining grains destroys its natural nutrients. Mills are no longer content with waiting for their flour to whiten with time; mills now bleach flour with a chemical called chlorine gas.  The EPA states that chlorine gas is a dangerous irritant that is not safe to inhale and in large quantities can be lethal. White flour lurks in many processed foods. White processed flour has a very high glycemic rate which quickly raises the blood sugar level and insulin levels, which can be a direct cause of diabetes, not to mention it is believed that it spreads cancer cells by feeding the cells directly.

Cancerous tumors feed mostly on the sugars in your bloodstream. By avoiding refined grains such as white flour, you can avoid, or at the very least, starve tumors.

Findings: Genetically modified organisms, more commonly called GMO’s, are foods that have beenmodified by chemicals and grown with chemicals.  In a study done by Dr. Pusztai at the Rowett Institute in Scotland, rats were fed GMO foods, especially potatoes. ALL rats showed damaged immune systems, pre-cancerous cell growths, along with smaller brains and livers, in just the first 10 days of the project. American consumers believe that the FDA has approved these GMO foods and this is simply not the case.

The FDA has NO testing procedures for GMO foods, NONE. The only human study ever published showed that those foreign genes that are present in GM food transfer to the DNA in the bacteria in our digestive systems. We, the American consumer, are the guinea pig (or rat) in this case. Unfortunately, almost all grains, including soybeans, wheat, and corn, have been grown via GMO’s.  GMO’s do not have to be listed on food labels, so read carefully and look for labels that state the food is GMO free.

Findings:  Most people use artificial sweeteners to either lose weight or because they are diabetic and must avoid sugar. The main problem in all this is that there are numerous studies that show people who consume artificial sweeteners on a regular basis, such as in sodas, or coffee sweeteners, actually gain weight. It also does little or nothing to help those with diabetes. In fact, artificial sweeteners actually make it even more difficult to control their blood sugar levels and worsen conditions that are related to diabetes such as cataracts and gastro paresis. Sometimes aspartame has been found to cause convulsions, which some people will mistake for an insulin reaction.

Not to mention that artificial sweeteners inhibit your body’s ability to monitor its daily calorie consumption and make the body crave even more sweets. Well, we’ve already discussed how refined sugars can cause cancer.

There is mounting evidence that the chemicals that make up these sweeteners, especially aspartame, break down in the body into a deadly toxin called DKP. When your stomach processes this chemical, it in turn produces chemicals that can cause cancer, especially brain tumors.

Findings:  Preserved, cured or pickled meats are a known risk factor in stomach cancer and other malignancies of the digestive system. Such meats are even more dangerous when ingredients such as sodium nitrate, a key preservative in hot dogs and other meat products is added into the mix. Hot dogs and other preserved, salted meats such as bacon or bologna should be consumed in moderation or avoided, especially for those at risk for stomach cancer.

Diets high in meats, cholesterol, fried foods, and nitrosamines increase the risk of both pancreatic cancer and pancreatitis, while diets high in raw fruits and vegetables reduce risk. The bottom line is that a Mediterranean diet is pancreas friendly.

We will cover this issue in more detail when we focus on the liver and biliary tree. However, there can be no question but that regularly softening and flushing of gallstones that can block both the gallbladder and the pancreatic ducts is fundamental to preventing pancreatitis and pancreatic cancer.

Keep liquids with your meals to a minimum. Liquids with your meals dilute all aspects of digestion– enzymes in your saliva, digestive enzymes, stomach acid, and pepsin released in the stomach. And it exhausts your body, forcing it to compensate by packing more amylase in your saliva, releasing ever greater amounts of stomach acid and pepsin, and stressing your pancreas to release larger and larger amounts of pancreatin to pick up the slack. Other than a few sips of liquid while eating, drink your liquids between meals, not during.